We are currently in a race against the clock. Unfortunately the weather hasn’t exactly been kind to us. Yesterday was great, we had a nice sunny day and collected tons of data. (We are in China visiting and assisting Dr. Qi Yin on his toad-agama project with an eye to setting up future collaborative projects.) This morning we woke up to rain. And that’s how it goes in Xia man—you never know what you will wake up to and the first thing we do is walk outside and check the sky.

The toad-headed agama lizard system is amazing. They have the most phenomenal tail display of any lizard either of us has ever seen. They raise their tail and roll the tip much like a ‘party blower’ and it doesn’t end there. They also whip it from side to side while its raised high off the ground. What’s more, females do it too! The mind blowing aspect of this system is the levels of aggression exhibited by females. Females not only display at males and are happy to attack and bite them, but readily do the same thing to other females. You might be thinking that female chameleons are no different in their disdain for males while they are non-receptive, but you don’t typically see them displaying and attacking other females. We have some ideas about why there might be this level of female competition and Qi Yin will be setting up an experiment in the next breeding season to tackle this question.

Check out this video of female:female aggression to see what we are talking about:

And this video of male:female aggressive signalling:

As a general update, we have been testing whether lizards use tail displays as a pursuit deterrent signal and whether their escape behavior is linked to performance capacity (sprint speed, endurance), morphology and sex. At the same time we have set up a contest experiment to test whether tail curling acts as a signal of fighting ability. This has involved catching a large number of lizards (we will be using 80 males in this experiment) that we have set up in outdoor enclosures.

On the cultural-socio-political front, we had a visit from the local police to find out what we were up to and to copy passports and permits. It was all very friendly and ended in photos by them (on a mobile phone) and they were kind enough to allow us to reciprocate. Otherwise we don’t see many people besides sheep and yak herders. Speaking of yak, we had an amazing yak stew the other night courtesy of Ya yong Wu, our undergrad field assistant who also runs the kitchen. Another bit of fun trivia: in this area there are no trees so yak poo is used as fuel for cooking and heat. Check out our yak poo fuelled stove below. 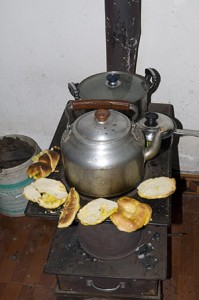 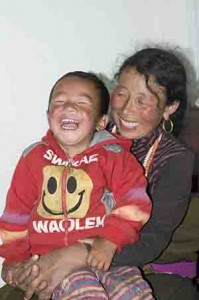 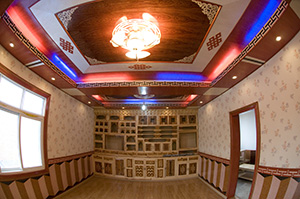 In the mean time we hope for better weather! To kill some time and get some exercise we hauled water from the local well and played some basketball. Unfortunately the Lizard Lab couldn’t hack it—we were huffing and puffing at 3800 m and went down to Team China. Expect at least one more update from the Lizard Lab team in remote China! 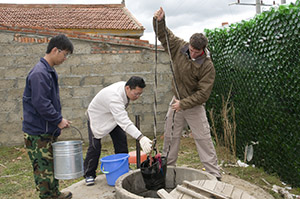 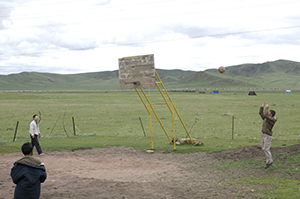