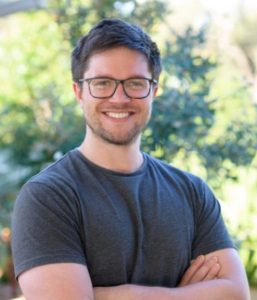 Ben won a highly competitive Macquarie University Research Fellowship (MQRF). The majority of his research investigates the causes and consequences of individual variation in cognition, with a particular emphasis on exploring the relationship between sociality and cognition.

Here is a personal summary of his work

A major component of my research career has been investigating the relationship between sociality and cognition. My PhD, carried out at UWA under the supervision of A/Profs Mandy Ridley and Alex Thornton, investigated the causes and consequences of individual variation in cognitive performance. I found empirical evidence in support of the ‘social intelligence hypothesis’(SIH). The SIH is one of the predominant hypotheses for the evolution of cognition and states that the demands of social life drive cognitive evolution. This idea receives support from comparative studies that link variation in group size or mating systems with cognitive and neuroanatomical differences across species, but findings are contradictory and contentious. I showed that in wild, cooperatively breeding Australian magpies, individuals that live in large groups show increased cognitive performance. Repeated cognitive testing of juveniles at different ages showed that the correlation between group size and cognition emerged in early life, suggesting that living in larger groups promotes cognitive development. Task performance was in turn linked to increased reproductive success, thus identifying a selective benefit of greater cognitive performance. Together, these results provided intraspecific evidence that sociality can shape cognitive development and evolution (link for the paper here).

Whilst postdoc-ing in Bristol, Prof. Andy Radford, Dr Patrick Kennedy, and I conceived a new hypothesis for the evolution of intelligence – that threats and opportunities from conspecific outsiders drive cognitive evolution (link here). Predictions about the social drivers of cognitive evolution have largely focused on within-group interactions. Competitive interactions among groupmates have been hypothesised to select for cognitively demanding behaviours, such as tactical deception, social manipulation and political manoeuvring. Conversely, cooperative aspects of group living, including the need to create functional, cohesive, bonded groups to solve ecological problems, have also been argued to select for greater cognition. Collectively, these within-group aspects of social life are argued to drive cognitive evolution and form the basis of the SIH.

However, we argue that in its current guise, the SIH overlooks an entire axis of sociality: interactions with conspecific outsiders. We hypothesised that outsiders present a number of unique cognitive challenges – conflict with rivals over resources and territory space, conflict with rivals over mating opportunities, contest dynamics when there are adversarial interactions between rivals, and the evaluation of secondary cues containing information about conspecifics (e.g. faecal deposits). Such challenges have the potential to select for ‘Napoleonic’ intelligence. Testing the predictions of an expanded SIH, which incorporates the challenges posed by outsiders, will explore the relationship between the complete social environment and cognition. Accordingly, an expanded SIH has the potential to resolve a question that scientists have debated for over 50 years – what are the predominant drivers of cognitive evolution?

My MQRF will investigate the predictions of an expanded SIH, by exploring the relationship between the within-group and inter-group social environment and cognition. I will use the Egernia model system and the Australian magpie to achieve these aims.