Well, after three months of a four-month fieldtrip to AWC Newhaven, I thought it was time to send a long-overdue update via the Lizard Lab Blog!

Newhaven veterans Chris Turnbull and Andy Beattie joined me for the first month of the trip, and as always, were incredibly helpful and great company. I have since had Jon Porter here, who came all the way from the states to help out! What a guy!

Things have been pumping out here this season! At the main site, we have been setting between 150 and 300 Elliott traps nightly at 30 active burrow systems, which has been tiring, to say the least, usually with just two people and the desert summer heat! But it’s paid off – we have caught about 85 individual animals, which is a far cry from the TWO caught in 6 weeks on the last field trip! and not bad for an animal nationally listed as vulnerable….

This fieldtrip saw my first foray into the world of behavioural trials – we built some arenas to test exploratory and anti-predator behaviour of dispersing and non-dispersing lizards (watch this space…).  I had a lot of fun playing with all the power tools in Joe’s (AWC Newhaven sanctuary manager) shed, and got to see some pretty cool anti-predator behaviour – sometimes even bearing the brunt of it. Man can great desert skinks bite…

I have also been looking at the nightly movements of the lizards by setting up PIT-tag readers at some of the more active burrows to see who comes and goes. I got really excited after my first night when I downloaded the data to find over 5000 records on one reader! Then I realized that great desert skinks really just love sitting at the entrance to their burrows, and every one of those records came from one lizard. Sitting there. All night.

Danae and Joe have been so wonderful and welcoming, both as managers of the sanctuary, and now wonderful friends, opening up their home to share our first Newhaven Christmas, as well as Jon Porter’s birthday, my own birthday, New Year’s Eve and Joe’s birthday – all in one week!

A couple more weeks of trapping to go before we start the long drive back to Sydney. I don’t quite know how I feel about that to be honest. It’s been quite a ride! 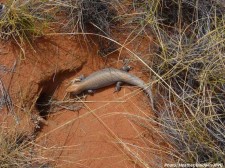 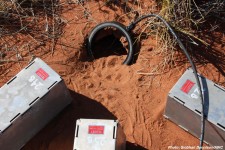 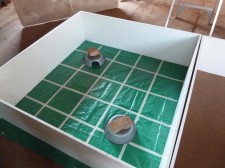 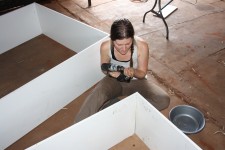 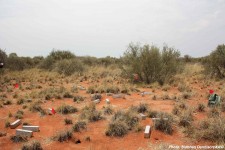 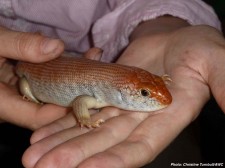 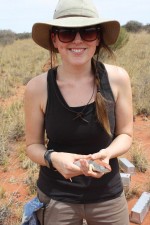 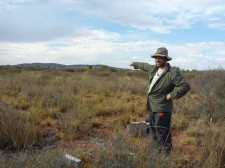