Hot off the press! An invasive lizard species can learn from other species

Check out our new paper on social learning in the Italian wall lizard, Podarcis sicula. This work formed part of Isabel Damas’ PhD thesis, and it was a huge effort! The question of what makes an invasive species successful compared to other species, that may fail to gain a foothold in a new location, is of great conservation interest. One idea is that it may have to do, at least in part, with their smarts. Animal use social learning as a short-cut to problem solving. Why figure it out for yourself when someone else can give you the answer? Humans do this all the time. While social learning is likely rampant, we rarely consider the possibility that species might use social information from other species. 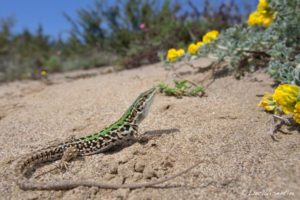 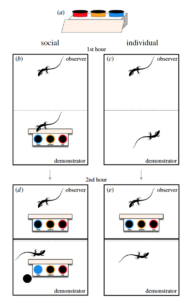 Figure 1. The experimental apparatus (a) and protocol. The social treatment
(b) observed a demonstrator performing the discrimination task for 1 h, while
the individual treatment (c) observed another lizard in the absence of the
apparatus. After the opaque barrier was reinserted all observers were presented
with the task for another hour (d,e). (Online version in colour.) 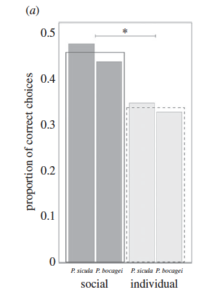 Figure 2. The proportion of correct choices during the task (a).

The invasive Italian wall lizard is frequently found with other Podarcis. This sets the stage for heterospecific social learning. These (Podarcis) species are long-term residents in areas newly invaded by wall lizards. As such, they constitute an important source of information. We tested the hypothesis that Italian wall lizards are capable of learning from other species. (Podarcis bocagei in this case). And low and behold they were! Check out the figures.

Here is the abstract
Species that are able to solve novel problems through social learning from either a conspecific or a heterospecific may gain a significant advantage in new environments. We tested the ability of a highly successful invasive species, the Italian wall lizard Podarcis sicula, to solve a novel foraging task when social information was available from both a conspecific and an
unfamiliar heterospecific (Podarcis bocagei).We found that Italian wall lizards that had access to social information made fewer errors, regardless of whether the demonstrator was a conspecific or a heterospecific, compared to Italian wall lizards that individually learnt the same task. We suggest that social learning could be a previously underappreciated, advantageous
mechanism facilitating invasions.

To download the paper go here or send us an e-mail.