The Christopher Barnard Award for Outstanding Contributions by a New Investigator is awarded annually by the Animal Behaviour Society.

The Lizard Lab would like to congratulate our good friend Sarah Pryke for this exceptional accomplishment. The following text is verbatim from the Animal Behaviour Society web site:

The ASAB Council recognizes that there are many excellent young researchers in the field of animal behaviour whose work will shape the future of our discipline. The ASAB Outstanding Young Investigator Award is given each year to acknowledge and reward the achievements of such researchers. In 2007 this award was re-named the Christopher Barnard Award for Outstanding Contributions by a New Investigator, in recognition of the late President’s support of young scientists. The award takes the form of a research grant of £1000 and the recipient is asked to give a keynote talk about their work at the Easter meeting of ASAB (expenses paid).

Eligibility: The basis for the award is excellence in research by an early career researcher and must not have completed more than 10 years (excluding career breaks) from the start of their PhD work. Recipients must have worked for at least part of their career in the ASAB geographic catchment area.

ASAB Council draw up a shortlist and make a final decision at the Winter Meeting. The award will be announced on this web site after the President has written to the nominee to confirm that he/she will accept.

The winner of the Christopher Barnard Award for Outstanding Contributions by a New Investigator 2011 is Dr Sarah Pryke, of Macquarie University, Sydney, Australia. 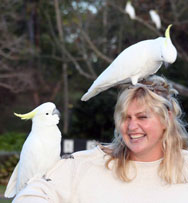 The award will be presented at the Easter ASAB Meeting, to be held in April 2011 at Anglia Ruskin University, Cambridge, UK.