I recently visited my old field site at Augrabies Falls National Park, in the Northern Cape Province of South Africa. The park is situated on the Orange River, not too far from the border with Namibia. I was in for a bit of a shock. The river was in flood and at its highest since the 1988 floods. It took me about 10 minutes to figure out the location of my study site! The good news is that I still saw lots of lizards in nearby rocks, but no telling how many were forced to learn rafting. 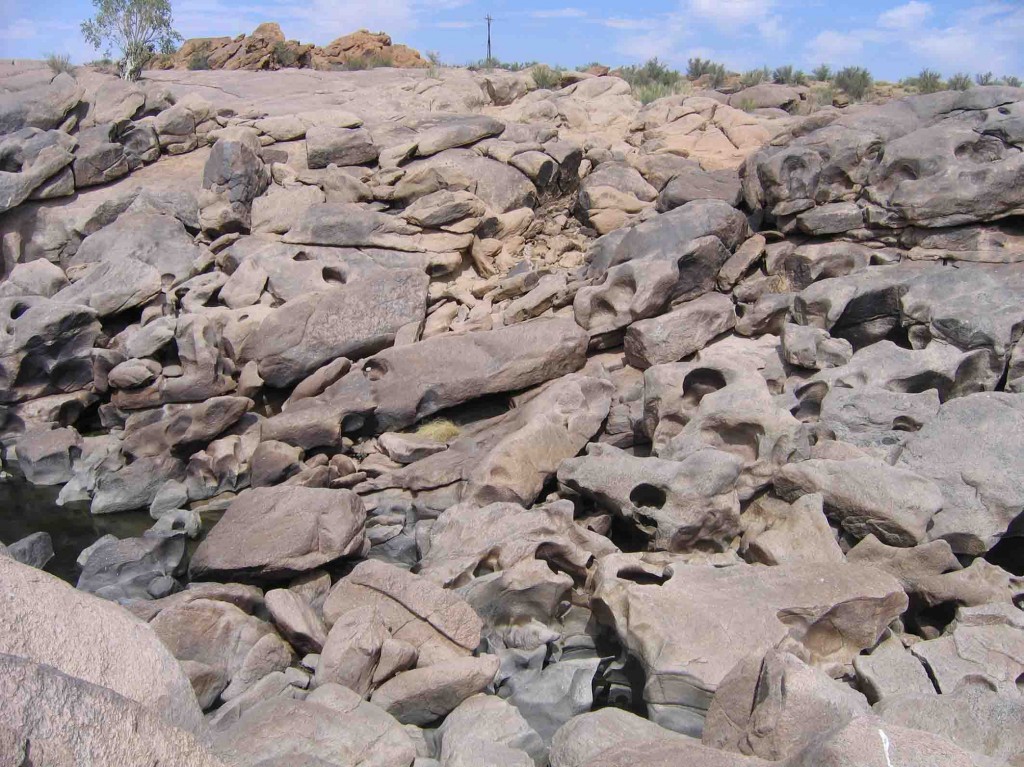 My main study site at pre-flood levels. Note the rusty colored rocks at the top of the picture, left of the pole. The water extended all the way to these rocks at the time of my visit. 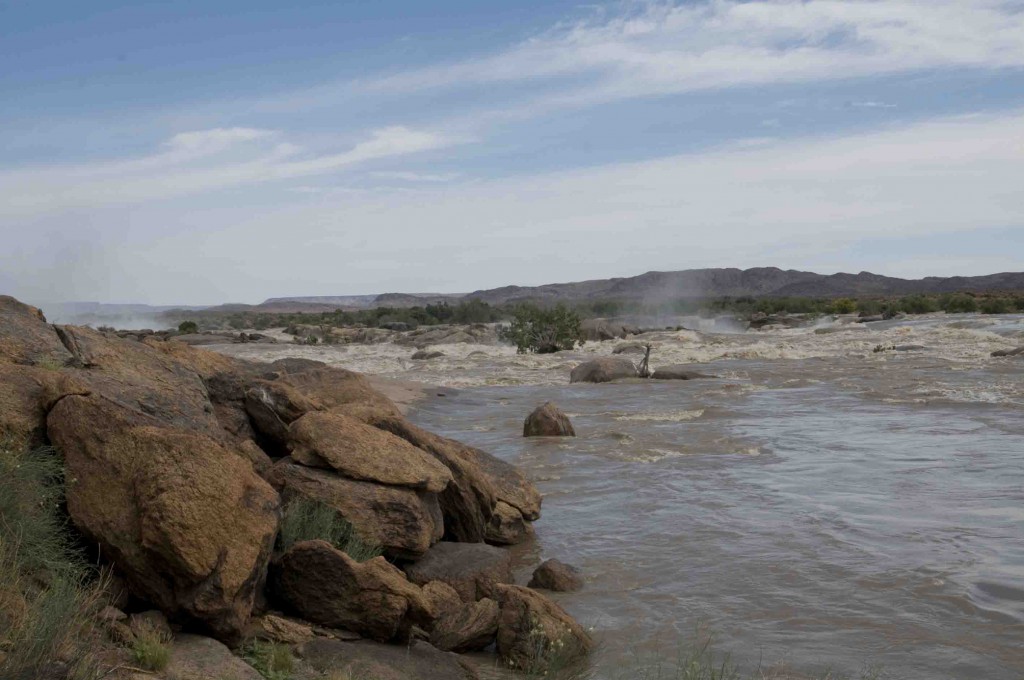 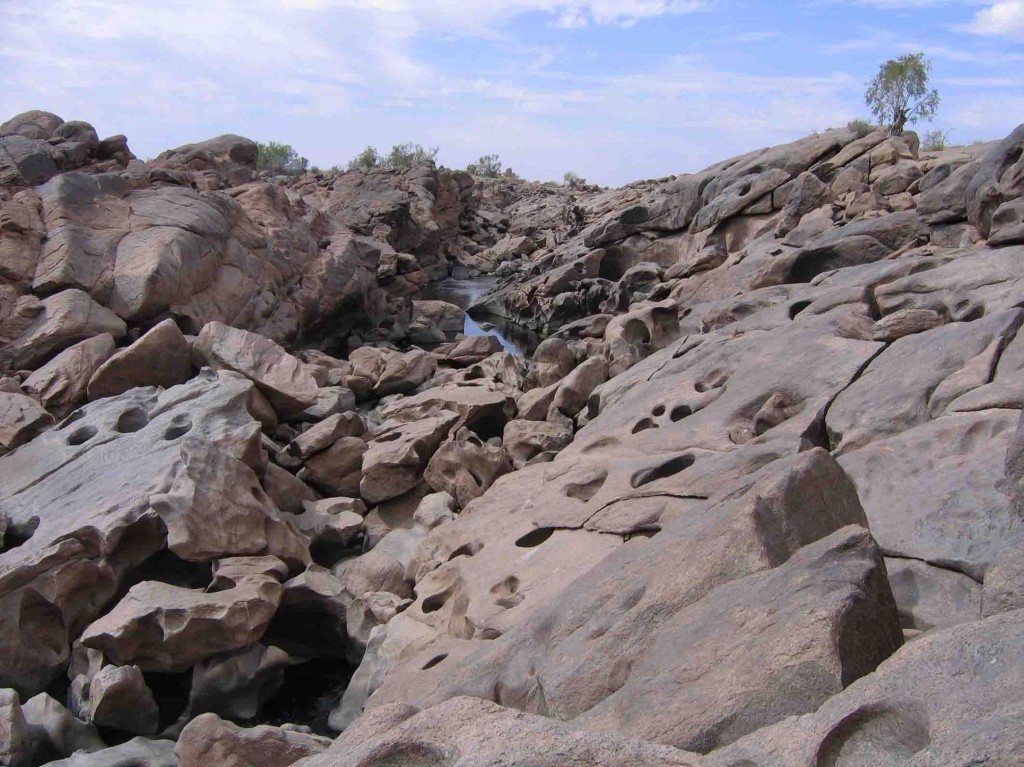 Pre-flood levels. Only the fig tree in the top right managed to keep its head above the flood waters. All the rock you see here was under water. 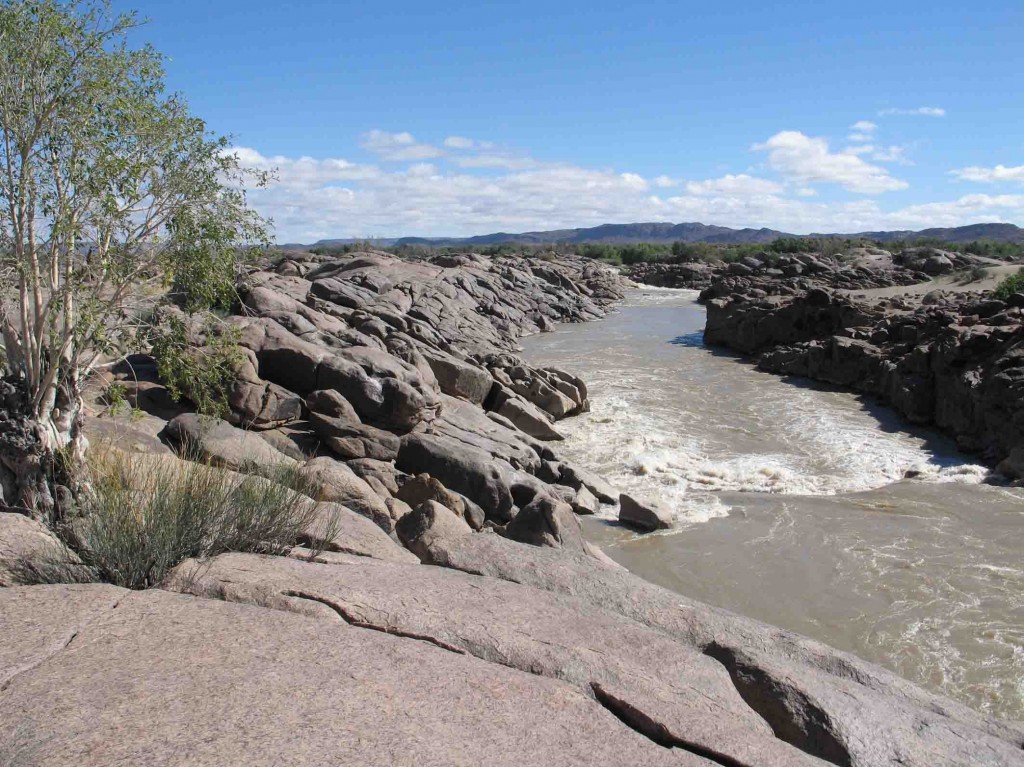 The same fig tree as the photo above, but looking downstream (opposite direction). All the rock you see here was under water. 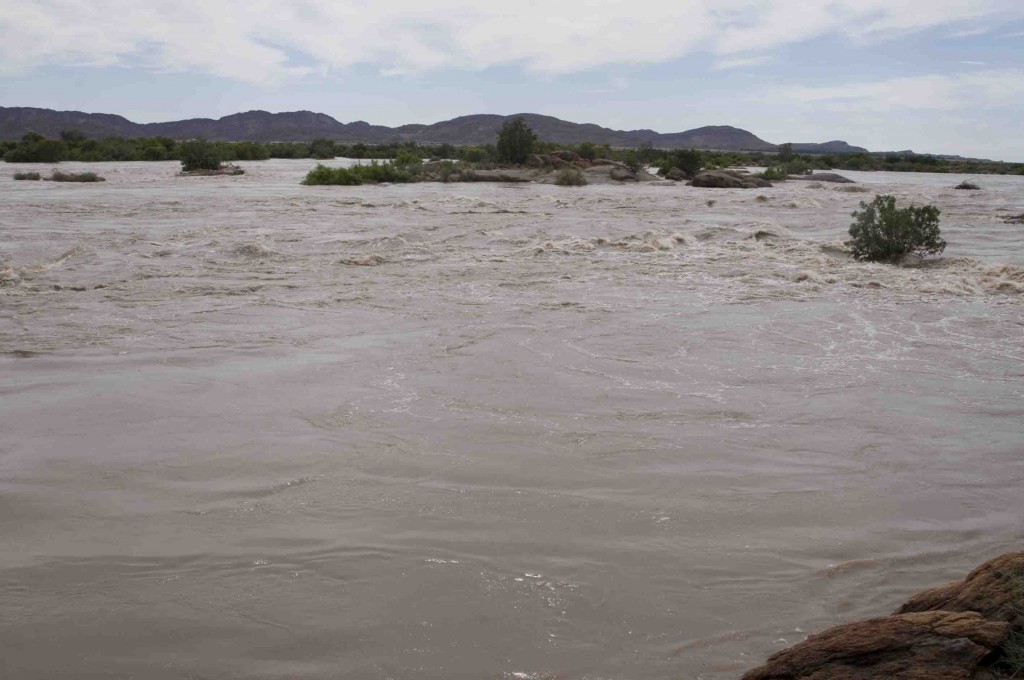 My study site was somewhere beyond the small fig tree in the top right. Comfortably under water! 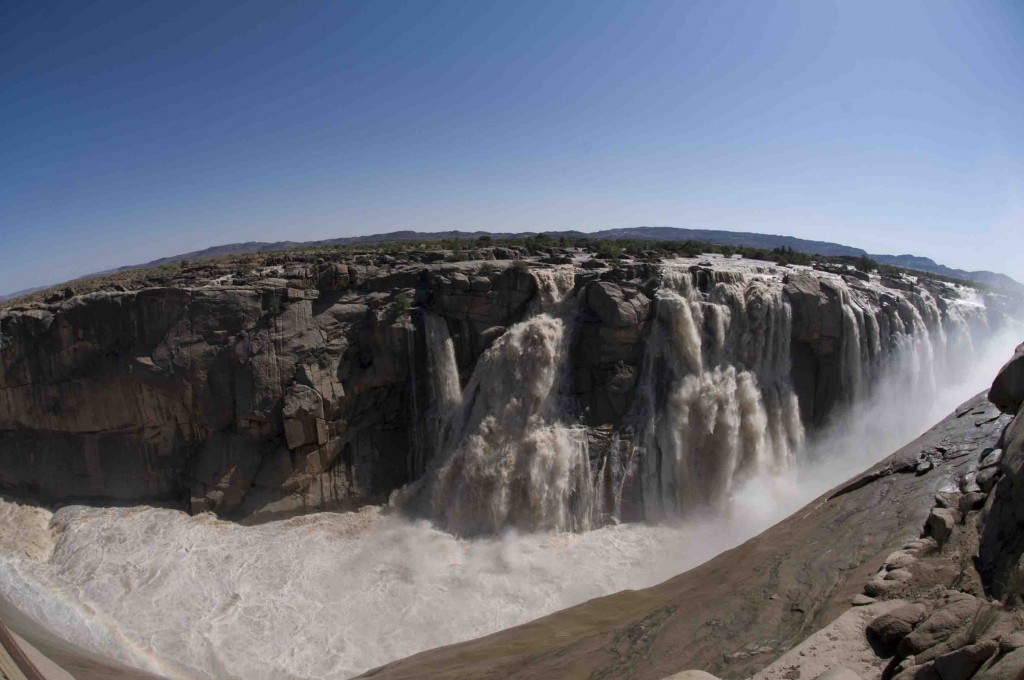 Augrabies gorge during the flood. The main falls are just to the right. 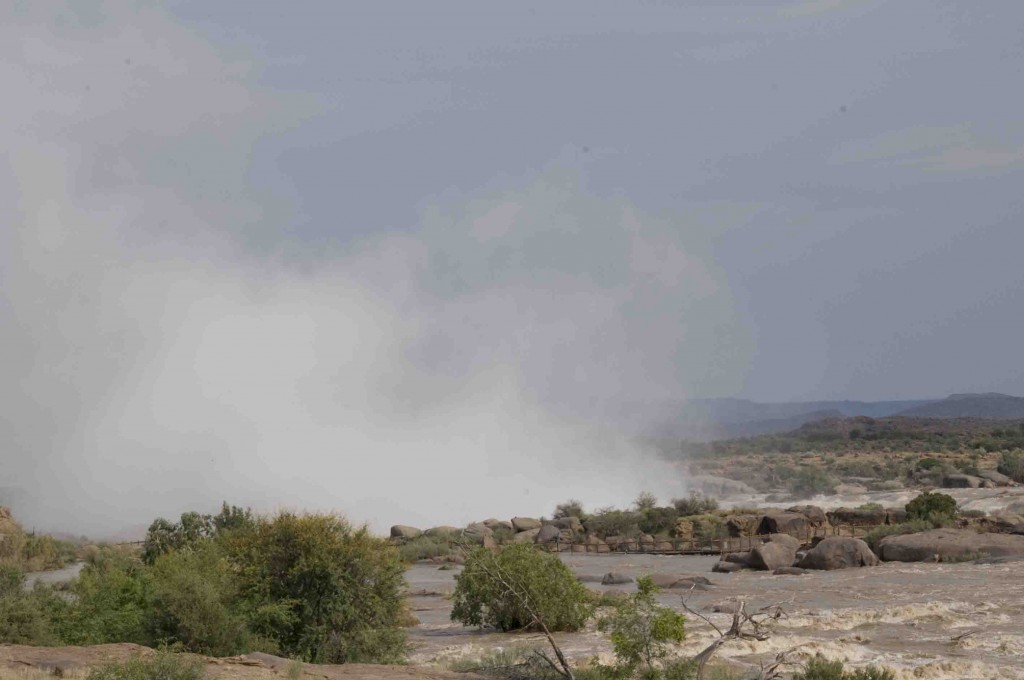 This area wouldn't normally have any spray and would be exposed rock.