How will global warming affect egg-laying and live-bearing species? We asked one of the most extraordinary lizards in the world

Environmental temperature determines many important aspects of an animal’s life. In ectotherms, commonly known as ‘cold-blooded’ animals, the temperature experienced during embryonic development significantly impacts a hatchling’s physiology and behaviour. For instance, nest temperatures determine offspring sex in turtles and crocodilians and affect body size in squamates, a group comprised of lizards and snakes. Although most squamates are egg-layers (oviparity), live-bearing (viviparity) has evolved independently many times within this group. In viviparous species, the temperatures experienced by the embryo depend on female thermoregulation and not on her choice for the location and depth of the nest as occurs in oviparous species. Hence, the repeated convergent evolution of viviparity is considered to be the result of a response from females to protect the embryos from cold/unsuitable temperatures.

Rising environmental temperatures due to global warming have already caused changes in geographic distribution and local extinctions in many squamate populations around the world. However, we still have a poor understanding of whether global warming will affect viviparous and oviparous species differently.

In a couple of studies published recently, we examined the effect of current and predicted end-of-century developmental temperatures on the phenotype of the Australian lizard Saiphos equalis. This lizard is one of only three reptile species known to exhibit geographic variation in reproductive mode, representing a unique opportunity to study the interaction between global warming and reproductive mode while controlling for relatedness.

The populations of S. equalis along the Northern Tablelands of New South Wales (NSW) give birth to fully-developed hatchlings inside a membrane from which they emerge within a couple of days (Fig. 1a). The populations from the eastern coast of NSW lay shelled eggs in which embryos continue developing outside the female’s body for approximately 7–10 days (Fig. 1b).

We evaluated the effect of different thermal environments during development on the body size, growth rate, thermal preference, foraging ability, locomotor performance and spatial learning of hatchling lizards from oviparous and viviparous populations of Saiphos equalis. 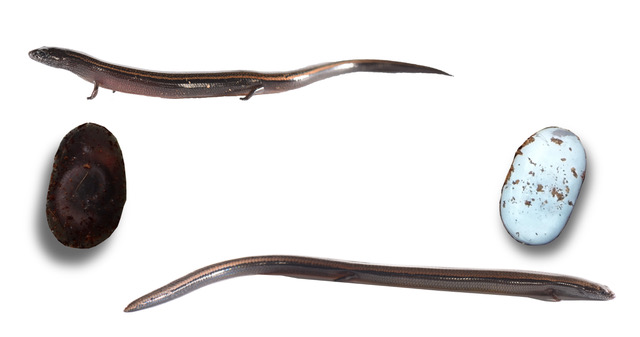 Figure 2. Negative (–), positive (+) or no (~) effect of elevated developmental temperatures on several phenotypic traits of viviparous and oviparous Saiphos equalis.*Results are inconclusive because we found only weak evidence of spatial learning in the species.

These results suggest that viviparous females are somehow buffering the negative effects of high temperatures on their offspring. One possibility is that females are modifying their thermoregulatory behaviour to mitigate the effect of external temperatures on their offspring. However, it is also possible that our results are due to physiological differences during pregnancy between viviparous and oviparous populations. Although these populations are closely related, recent research has shown that, during pregnancy, viviparous and oviparous females differ in the expression of genes important for uterine remodelling, embryo respiration, and immune regulation.

Our results suggest that, like in other reptiles, global warming will affect multiple phenotypic traits in S. equalis. However, some of these effects may be ameliorated by maternal behaviour and/or physiological responses during pregnancy, particularly in viviparous populations.

Beltrán I, Durand V, Loiseleur R & Whiting M.J. 2020. Effects of early thermal environment on the morphology and performance of a lizard species with bimodal reproduction. Journal of Comparative Physiology B 190, 795–809. Link to paper.

Beltrán I, Loiseleur R, Durand V & Whiting M.J. 2020. Effects of early thermal environment on the behavior and learning of a lizard with bimodal reproduction. Behavioural Ecology and Sociobiology 74: 73. Link to paper.